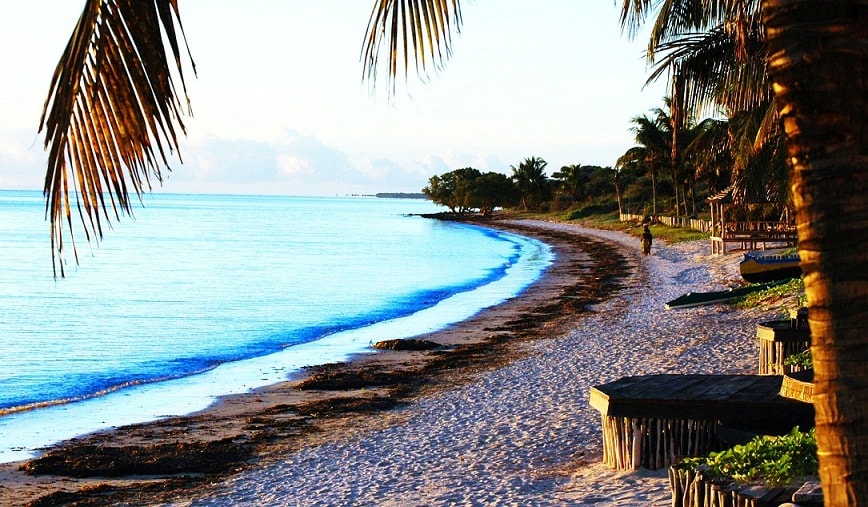 Guaranteed expatriation: you will go through a whole range of landscapes, in particular the steppe which marks the end of the High plateaus on Horombe with the paces of Far West with its vast herds of oxen, the sandstone carved by erosion in the spectacular solid mass of Isalo, the dry forest of baobab trees and thorn-bush and sudden the white city, very wide, of Tuléar which does not present almost any unevenness, and where heat is not attenuated by altitude, although nights can be very cold.

The Tuléar destination is very appraisal, indeed, the rain is rare there and the sun is quasi permanent. The city itself is animated by fishermen, craftsmen; salesmen of this or that, pedestrians of any race as here live the ethnos group vezo, Mahafaly, Antandroy, Antesaka. . A cosmopolitan city, one can meet there several nationalities like Chinese, Indians and Comorians….

This city is distinguished from those which we saw by the fact that its economy revolves primarily around its port, mainly turned towards fishing but it seems, still very little towards maritime trade. Commercial vessels call there, but the back-country which is mainly agricultural cultivate food almost for their own consumption and only have cotton and ground nuts as extra production revenue so that there is almost no exportation: the cargo liners there mainly unload imported material and embark oxen, cotton and ground nuts.

Evangelized by American and Norwegian Lutherans, the city releases an almost puritan atmosphere worsened by the preponderance of the charismatic and fundamentalist movements whose followers hold the top of the paving stone here. So bars and night clubs are rather rare there except in the district of “Sans Fil”, and only foreigners of passage or the Malagasy people from the centre of the island attend them.

The principal distraction of the inhabitants seems to be going to the beach, especially that of Ifaty, located at a distance of about 30 kilometres; the one in the city itself, broad several hundreds of meters, is indeed not favourable for a bath but for the walk and the collecting beautiful shells on very low tide which will be then sold to tourists on one of the large avenue of the city.

The intellectual life concentrates around the University of Tuléar, specialized in biological research and oceanography; as it is the only one of Madagascar to offer this last discipline, it attracts many students from all the Island and even from abroad. This university can pride itself of its work on the virtues of the spiruline alga used and cultivated recently like nutritional protein complement. Tulear is transformed into a big economic centre since the discovery in the surroundings (Ilakaka) of invaluable stone quarries (sapphire and others), which caused the appearance of a mushroom town showing all the unsung characteristics of American cities towards gold rush in 1849, with sudden enrichments, crimes in all kinds and acts of armed robbery. The area of Tuléar is especially known for its rich coral reefs, fishing sport beyond the coral barrier and deep sea diving.

One finds several sites of dreams there where you can appreciate “idleness” with discovered richness’s under navy. The South is almost a desert but it has the most original vegetation of the island. Of its bush abound the aloes and prickly pear cactus, tamarind trees and several species of baobab tree, pachypodium…

One often meets herds of zebu, goats and sheep there … zebus are external sign of richness, one sees especially their horn on the Mahafaly tombs whose architecture is spectacular from its decoration of steles and its colour.

Finally, there are various excursions in the city, such as
• The banian tree of Miary: a royal village of the Masikoro clan situated at 8km from the city. Inside of a wooden sacred fence is a huge tentacular tree; the banian. People come there to worship their ancestor’s spirit and bring offrands.
• The Antsokay Arboretum: where about thousand species of endemic plants are represented for the pleasure of flora specialists and for the pharmacopeia.
• Sarodrano: the sacred cave which shelters a sweet water source where fresh water fishes have found refuge. A very calm and quiet place, swimming is not allowed though.

The humpback whales have as scientific name the Megaptera novaeangliae.