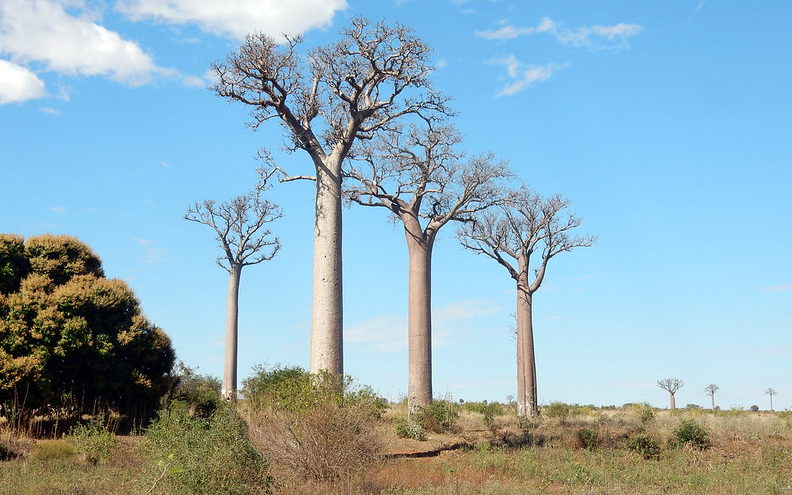 To visit the Zombitse - Vohibasia National Park from the capital of Madagascar, Antananarivo, we take the national road 7 to the village of Sakaraha. From this village, we reach the park after about twenty kilometers. The park is easily accessible because of the proximity of the road. It even passes through the park in its southern part. In another way, you can reach the park from the city of Tulear after about 147 km. Travel within the park and its periphery is facilitated by the tracks that are arranged there.

The Zombitse - Vohibasia National Park is known to be the showcase of the rich birdlife of Madagascar. It offers a relatively rare opportunity to all ornithologists and bird enthusiasts to learn about the most beautiful birds of Madagascar. Most of the birds in the park exist nowhere else.

The Zombitse - Vohibasia park is included in the former province of Tulear, more precisely in the region of Menabe, near Morondava. This space, filled with a thousand and one Malagasy wonders, has a relatively low altitude. Its average altitude reaches 655m, but its sandy dome reaches a height of 825 m.

The Zombitse - Vohibasia National Park grows in part on a limestone dating from the Jurassic in addition to a sandstone formation that offers canyons in smaller scale and other landscapes to tourists . Established in 1962, the Zombitse with its forest area has only been arranged as classified forest. The national park status it currently has was not assigned to it until 1997. This status is shared with the site of Vohibasia and that of Isoky. In all, the park covers an area of 36,000 ha.

Zombitse has a hot and dry tropical climate characteristic of the southern region of the Big Island. Because of its proximity to the Tropic of Capricorn, the weather condition is very rough with strong sunshine, high temperatures, low rainfall which lasts for a short duration. The climate of this area recorded an annual temperature which is around 22-25 ° C. The Zombitse temperature varies very little.

The Zombitse - Vohibasia park can be visited throughout most of the year because the rain only falls for three months, ie from January to March. In one year, the total rainfall is around 85mm. The absolute maximum precipitation in a year is 800mm. Then, the wind, which is often very dry and very intense, plays a significant role in the severity of the climate. The wind of “Tsiokatimo”, which is the prevailing wind, is very drying for both plants and visitors who arrive in the southern region. Despite the harsh climate, the Zombitse - Vohibasia park is still covered with vegetation types that differ between them. The remaining courses in the park are characterized by a transition between the dense dry forests of the western part of Madagascar and the thorny forests characteristic of the deep south of Madagascar. Even if the forest of this park is largely formed by the dry forest, it sometimes leaves room for the remaining degraded dry forests announcing the bush.

In terms of floral species, the Zombitse forest has a relatively high rate of biodiversity. The forest is composed of unique and varied species of plants, some of which are endemic. The endemism within these forests is very high. Among families that have a strong representation in the park, we note the Euphorbiaceae, the Acanthaceae, the Apocynaceae … As it is located in southern part of Madagascar, the Zombitse - Vohibasia park notes the presence of two species of didiéracées typical of this region these succulents, dominating almost the entire forest of a few meters, exist only in this region of the island. Visiting this park also promises a meeting with the different species of baobab such as the dwarf baobabs, the Za baobabs, the baobabs Grandidier, … Other species in the park include the Acacias, the Aloe, the Ficus, the Pandianus, Dalbergia sp …

In terms of wildlife, as we have already noted, the Zombitse park is a sanctuary for birds in Madagascar. By visiting this park, you can be sure that you were offered an almost unique opportunity to meet with many birds of Madagascar. This park is home to over 80 species of known birds. The particularity of this park lies in the fact that almost 40% of these species are visible only in Madagascar. You will also note that some of these birds are endemic to the park itself like the Phyllastrephus apperti which is only known here. Then, in the park of Zombitse, we can also see the Sakalava Weaver, Couas … the Ankoay that is specific to the western region. Despite the presence of these dozens of species of bird, you should know that it is the Greenbul Appert, a very enchanting songbird, that makes the reputation of the park.

In addition to birds, the Zombitse park also contains different types of reptiles, endemic or not. Among them, we note boas, stunning chameleons and multicolored geckos. In sum, there are 33 species of reptiles. The Zombitse - Vohibasia National Park presents eight species of frogs including Mantellas, endemic to Madagascar. Despite the prevalence of birds in the park, lemurs too occupy an important place. Many species are present and the most notable lemurs are the lemur catta, the sifaka and Phan furcifer. The latter is more or less small. As for the ring-tailed lemur, with its larger size, it is easily recognized with its ringed tail. Finally, the sifaka, known as the dancer lemur. It bears its name well since it moves laterally with its very special jump. In addition to these species, in the Zombitse park, we can also see Propithecus, Hapalemur, Microcebus and lemurs specific to the northern part of Madagascar.

1 - RITIKALA TOUR : It is a tour of 800m to mainly observe birds. The visit can take between 30minutes and 1 hour. Easily accessible, it is suitable for any category of visitors. You can see the “Bulbul Appert” or “Berneria apperti " or Ritikala in Malagasy, a bird species endemic to Madagascar, known only in the region.

2 - LOBO TOUR : This 2km loop takes between two and three hours. It is suitable for any category of walkers. You can see endemic birds, nocturnal and diurnal lemurs, the big green lizard “Phelsuma standing”, the largest species of chameleon in Madagascar (between May and December) which can reach 60cm long. It is also in this circuit that we find the famous wood used for making coffin “the Protorhus abrahamia” or Tsitake.

3 - VELOMIHANTA TOUR : It is a Botanical tour of 250m. Features: epiphytic orchids known as the “Velomihanta”, strangler ficus trees, a wide range of medicinal plants, birds.

The dominant population on the periphery of the Zombitse - Vohibasia National Park includes the Tandroy tribes and especially the Mahafaly. In meeting the latter, you will have the pleasure of contemplating the works of art adorning their tombs. The Mahafaly tombs are characterized by their patterns and colors and the presence of aloalos.

A visit to this park does not take much time. You can sleep in Tulear if you take the road to the south or if it is the opposite, if you go up to Antananarivo from Tulear, you can stop in Ranohira for a night.

Madagascar is a tropical island found in the Indian Ocean.

Mantasoa, which in Malagasy language means “is pleasant even raw” locates himself from 70 kilometers in the North-East of Antananarivo the Malagasy capital

At the time of your visit in Madagascar, if you want to devote the major part of your time in the south of the island