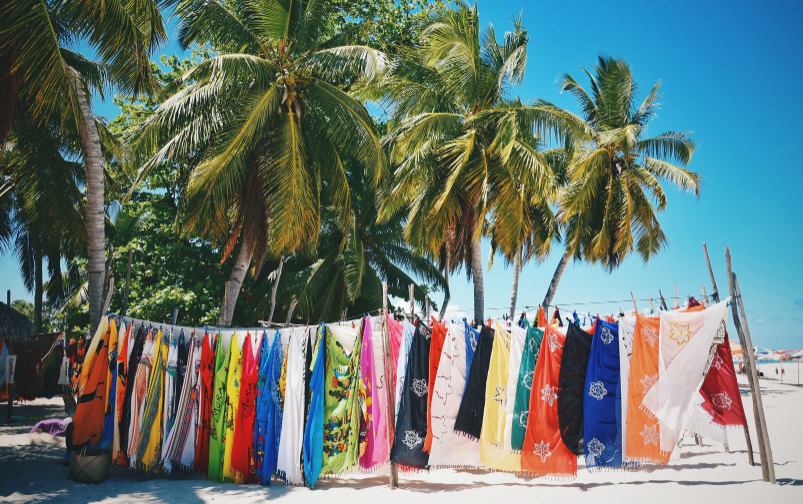 This wonder of nature made up of two small islands is surely the two most beautiful islands amongst the Mitsio archipelago. Nosy Iranja absolutely combines the peace and the beauty of the natural tropical forest.In Nosy Iranja, the water is so clear that anyone manages to see from the surface which is the ideal place for the snorkelling with a mask and a tuba with a perfect visibility and without difficulty.

Nosy Iranja is a splendid small island and a perfect place of escapade. This small island shaped like the letter “T” with a drag is moored on the north-western coast of Madagascar. Nosy Iranja is one of the five major islands which form the Mitsio archipelago, not far from Nosy Be - located in the Mozambique Channel. It is precisely an hour boat ride (30 nautical miles) in the north of the perfumes island.

The two islands which form Nosy Iranja are connected between them by a strip of white sand in contrasts with the turquoise colour of the sea water at low tide. In other words, this white sand band is submerged by the sea at high tide. The edge which separates the firm ground of this island with the blue crammed colour of exotic sea fish is made of marvellous beaches of fine white sand bank set ablaze by the tropical sun. The sand is so fine and of a bright white which manages to give a reflection of the glittering sunlight.

With a tropical climate, Nosy Iranja is always under the sun which gives great happiness to the visitors during the southern winter season, from June to September. One can even say that the sun is always there during a good part of the year. Nosy Iranja never lacks good weather in order to be able to fully benefit from the superb beaches. While lying on these beaches, one can appreciate the impressive single and high-speed beauty of a sunset, it is really moving! The annual average temperature on this island is of 26°C. This temperature is never too hot or too cold because the expanse of the sea plays a part determining role in its regulation.

Nosy Iranja plain landscape and absolutely calm is dominated by an old lighthouse located in the Iranja-Be island with its imposing metallic shade. While climbing the hill top to this lighthouse, one will be able to have a spectacular panoramic view of the ocean which surrounds the island and the other paradisical islands which forms the Mitsio archipelago. The landscape offered from the lighthouse is dominated by the top green vegetation of tropical forest and the sea only obstructed by the simplicity and the modesty of attractive Antakarana fishermen huts with their charm perceptible through building materials which are completely composed of vegetation materials.

After having had short a panoramic view of the whole island, you can also appreciate some small ballade of few hours all over the island. Strolling on the Nosy Iranja gives you the chance join the two islands of Iranja by the sand stripe at low tide. It also enables you to watch for typical species on this island. The terrestrial fauna of Nosy Iranja is as exceptional as its underwater. It is as rich as the entire fauna of the whole main island.

The most remarkable species on this island is the tortoise; and even its importance in the ecosystem was worth to name the island as “the tortoise island”. One can say that these tortoises and the other sea birds species make the fame of this small island all over the world. To see the unforgettable and single spectacle these reptiles, which come to hide their eggs during the night, offers in the early morning you can pitch your tent on the beach to spend the night there with beautiful star.

After a walk on the firm ground and the white sand beaches, you can also have the possibility of another visit sea aboard Antakarana fishermen dugouts canoes. Discover the northern fishermen’s secrecy and their daily life while initiating you with the activity which makes their happiness. Boat trip also give you the occasion to reach the other islands which form the Mitsio archipelago such as Large Mitsio, Ankarea or the four brothers…

In addition to the boat ride, many nautical activities are still practicable on Nosy Iranja with windsurfing, the water skiing… Off this island, the windsurfing meets a favorable condition during the period of “varatraza” (northern trade wind) which goes from May to September accompanied by a drier climate.

To finish, Nosy Iranja with the islands which form Mitsio are known to be the floret of deep-sea diving in Madagascar. Others have even baptised it as the “the divers paradise”. When one arrives at Nosy Iranja, it is foolish to be satisfied with the beautiful beach and the sea, so remarkable they are, because the highlight of the spectacle is found at the sea-bed. The ballet of the thousands of fish species to the hundred colours around the coral reef thus creating a kind of circus decoration at the ocean floor. The island presents, around it, many excellent deep-sea diving sites. The most frequent species in the sea around Iranja are groupers, moon fishes, swordfishes, barracudas, parrots, lines, morays, lobsters, turtles and sometimes dolphins… and also clown fishes with its indefinable colours when they join anemones and their million tentacles. These species join the splendid corals to perfect the panorama these sites offers. Red sharp star fishes also await you in these marine resources. The advantage of deep sea diving in this archipelago is the safeguarding of the diving sites which still arise under their natural state, to the variation of the world. The animated marine resources of Nosy Iranja are thus contrasted with the peaceful world of its two small islands

Salt in question comes from the presence of minerals in thermal spring waters which are numerous in Antsirabe.