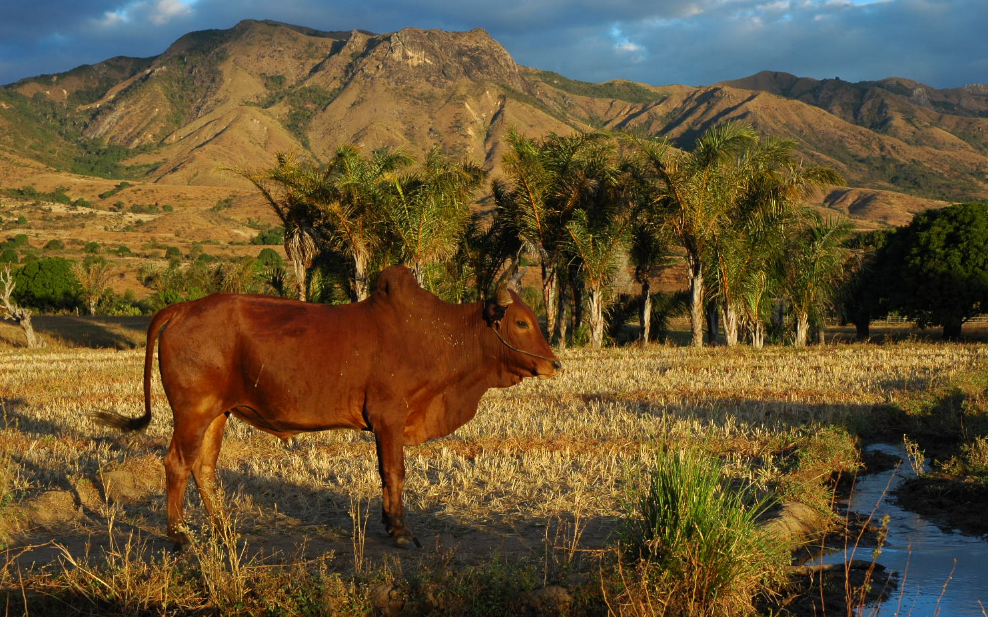 The attraction of the national park of Ankarafantsika is generally concentrated in the zone of Ampijoroa. Places of interest are fitted out well there to offer diverse and varied circuits. The various circuits quoted below take us to discover the varied landscape, the fauna and the flora of the park, the culture of its population but also to appreciate the nature in an intact and original world.

GEOGRAPHICAL SITUATION
The national park of Ankarafantsika is located about 450km North West from the capital Antananarivo. If you start from Majunga towards Antananarivo, the park is located after 115km for approximately about 1h and half drive. The park is crossed by the National Highway N° 4 for 17Km and offers a famous tourist zone which is the forestry station of Ampijoroa which occupies 4920ha of the park’s total surface which is 130.026 ha.

CLIMATE AND RELIEF
The national park of Ankarafantsika has a hot and rainy climate marked by two distinct seasons: the dry period from May to October and the wet period with rains between January and April. Average rainfall varies from 1000 with 1500mm per year and the normal temperature varies from 17 to 35°C. Situated on a sandy type soil, the park offers various contrasting landscape. The diversity of the area evolved in the great quantity of plants and animals species which live there and which is very rare in its rate of endemicity. Several rivers and lakes form the landscape of the park. Certain lakes shelter endemic fish, water birds and sacred crocodiles. That makes of Ankarafantsika, the reservoir of the plain of Marovoay, the second rice granary in Madagascar.

TOURIST INTEREST the main attraction of the park is generally concentrated in the zone of Ampijoroa. Places of interest are well arranged there to offer various and varied trails. The various trails quoted below take us along to discover the varied landscape, the fauna and the flora of the park, the culture of its population but also to appreciate nature in an intact and original world. You will follow arranged trails, footbridge, pontoon, bridge, staircase for the following:

1-The Coquereli Trail. It is especially based on the fauna of the park. It is a hike of 2 or 3 hours which enables us to meet the various endemic animals of the park such as various types of lemurs, birds and reptiles. The track consists of staircase and footbridge; it makes us discover a beautiful botanical garden with an original forest on white and red sand, rich in invaluable tree like the purple and sacred wood like the “mpanjakaben ny tany”.

2-The Retendrika Trail. It is a based on the flora of the park. Either you are botanists or not, it is the ideal corner to appreciate the various plants like the medicinal plants of which one of the name of “retendrika”, terrestrial orchids, invaluable trees and wood like ebony etc… It is also the perfect place to see the “schlegel’s asity” bird

3-The Baobab tree Trail. It is an easy hike which crosses the covered secondary forest of raffia, crocodile trees and superb giant baobab trees “Andasonia Madagascariensis”

4- The circuit “Pachypodium Rosolatum”. It is a plant which one also calls elephant foot; it is a succulent plant with yellow flowers that one can find in a sandy and very dry zone.

5- The source of life Trail. A 4h walk to the maximum around the Ravelobe Lake where one can observes water birds species such as the rare Madagascar fish eagle “Ankoay”, crocodiles of the Nile, wild ducks and water plants. This place also enables us to understand more of the local customs through the rites people made on the lake.

6- The “Ankarokaroka” Trail. In a landscape of dry forest and savanna raised, one reaches the “large lavaka”. One phenomenal consequence of erosion which resulted into large and impressive canyons.

7-The night walk: Towards 19h, leave with your flash light to look after small nocturnal animals such as birds, “Rhinoceratus” and “Oustalet” chameleons

The park of Ankarafantsika is also equipped with boats being able to take you along on the “Ravelobe” Lake with its 60ha of surface as well as cars to take you to across the forest to discover its kaleidoscopic landscape from the morning until sunset.

FAUNA AND FLORA the national park of Ankarafantsika has a strong animal and vegetation species endemicity. The fauna is made up mainly of lemurs. One notes 8 species of lemurs as the Coquerel Sifaka and Eulemur fulvus. Night species like the ravelobensis mouse lemur. It’s also a paradise for ornithologists; as the park also offers 129 species of birds from the Mesite, to various species of vanga such as Van Damne’s Vanga…

As for the flora, the park is covered with dry dense deciduous forest, of some zones of raffia and pandanus palm, of formed sandy spaces of pachypodium and xerophytes. It consists of several decorative and medicinal rare species. The park is well arranged, the visits in the botanical gardens deepening your knowledge on each plant from where the names are illustrated on numbered plates and comments on interpretative panels.

ETHNOS GROUP: The Sakalava people have their own culture, custom and habit and their beliefs are reflected through the rites which they make in the forest.

LODGING: If you wish to spend the night in the park, few bungalows, and some lodging and a camp-site are available inside the park. As the park is only with 2hours from Majunga, visitors can do a day trip forth and back from the city.