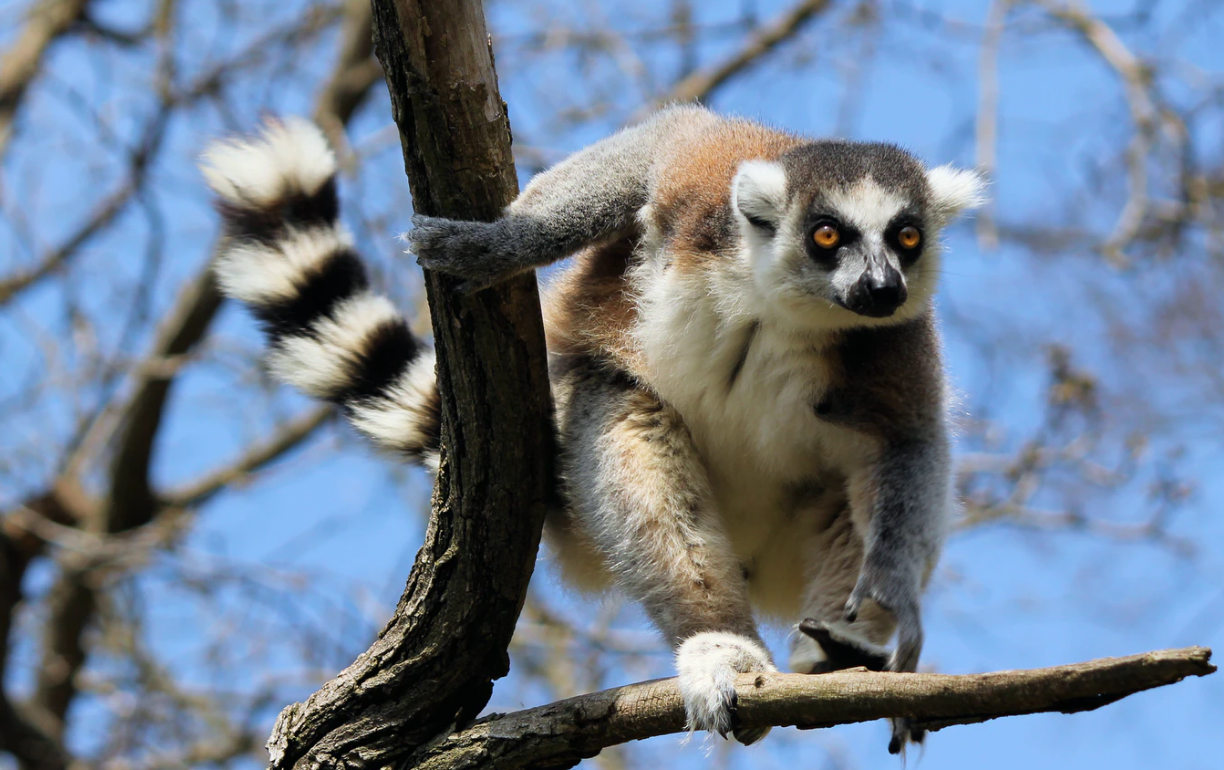 Madagascar is especially known by the existence of its lemurs. Thus lemurs symbolize and represent Madagascar and the Malagasy people according to the different tourist articles sold everywhere like tee-shirts, tables and internet sites…. In fact this endemic primate survived only in Madagascar. May be because of the existence of abundant isolated primary forests, making them feel safe which enable a successful reproduction. In process of extinction because of deforestation and hunting, they are well protected in the protected areas conceived by the government such as national parks and natural reserves which are open for visitors with a fee and accompanied by local guides.

For those who, by chance, do not know them, they are animals with large eyes, dense and sometimes woolly fur, of dark color for the small species and colored or from white to clear chestnut gray for the bigger species. They are tree-dwellers and move around by jumps. There are about forty species and most of them exist in the Big island. The best period to observe them is when their babies are born, from July till the end of the year.

There are five big lemur families

CHEIROGALEIDES made up of cheirogaleus, the smallest fork- crowned lemur and the mouse lemur, the smallest among lemurs with its 30 grammes weight. The mouse lemur is of gray and russet-red color with large red eyes by the gleam of flash lights. It is a nocturnal species, very discrete and especially feeds of fruits leaves and insects. It shelters in the holes of trees or in nests and during the winter, it is in lethargy after having accumulated reserves of greases.

The MEGALADAPIDES made up of lepilemurs which are more homogeneous and purely night species.

LEMURIDAE made up of hapalemurs, lemurs Catta, Brown lemur, lemur Macaco, Crowned lemur, red-bellied lemur, Mongoz lemur, Black and white ruffed lemur. The lémur Catta, ring tailed lemur or Maki of its Malagasy name is the most popular among lemurs. Less shy, charming, semi terrestrial, it likes to show off and easily accepts to be taken in photograph. It can jump without fear on someone’s shoulders to claim a banana. Living especially in the Southern dry forests, it enjoys eating fruits, flowers and leaves. In general, they live in group of up to 30 individuals and like Eulemurs, they carry their babies on their bellies. The hapalemur is located in Ranomafana. Twilight and night lemur, it lives especially in small group in bamboo forests and feeds especially of bamboo shoots and bamboos leaves. The lemur “variegata” lives in rainforests. Feeding of fruits and flowers, it takes much part in the various vegetation species pollination in the forest. 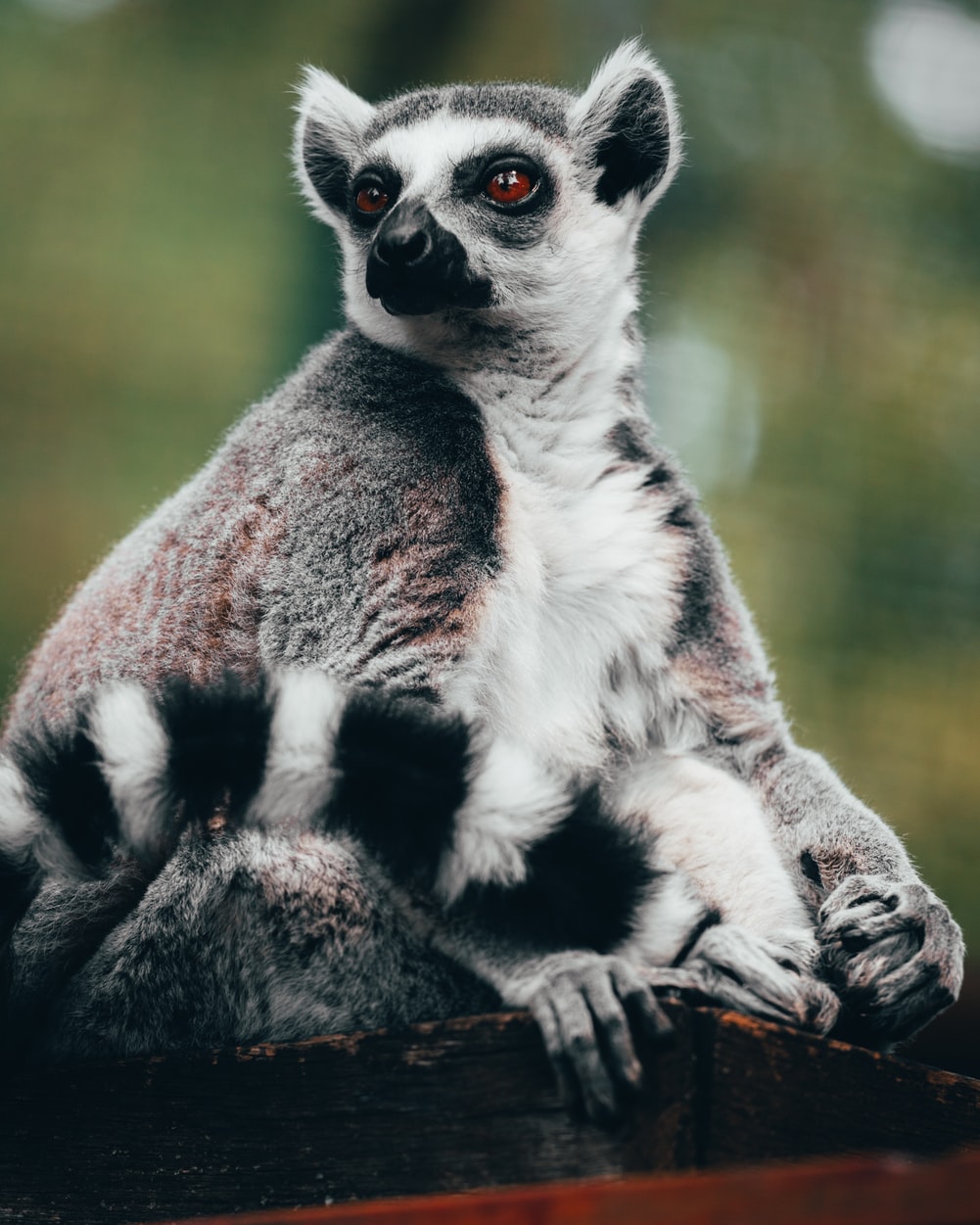 INDRIDAE made up of propithecus or” Sifaka” species such as Verreaux, Coquerelli, Diadem and Tattersalli are diurnal and semi terrestrial. One can admire it in its lifting posture. The Indri Indri is the largest lemur with its 70cm height. Recognizable with its small stub as a tail, it is especially found in the eastern rainforests. It is characterized by its morning powerful cry which can be heard from 3km around. This distinct cry can explain three facts: a warning of a danger (predators in the surroundings…) , a powerful territorial cry showing to the rest of the forest that they are still in their territory, a mating cry performed during mating season.

DAUBENTONIIDAE made up of Aye Aye. Most mysterious of the lemurs: it has a long incisor, a bat face, large and sensitive ears. Besides this very fine hearing which quickly detects noise, it has a third long skeleton like finger with a bent nail (oversize) which can cause much damage with the trees when it is in search of its preferred food, insect larvae.

Salt in question comes from the presence of minerals in thermal spring waters which are numerous in Antsirabe.

This wonder of nature made up of two small islands is surely the two most beautiful islands amongst the Mitsio archipelago.