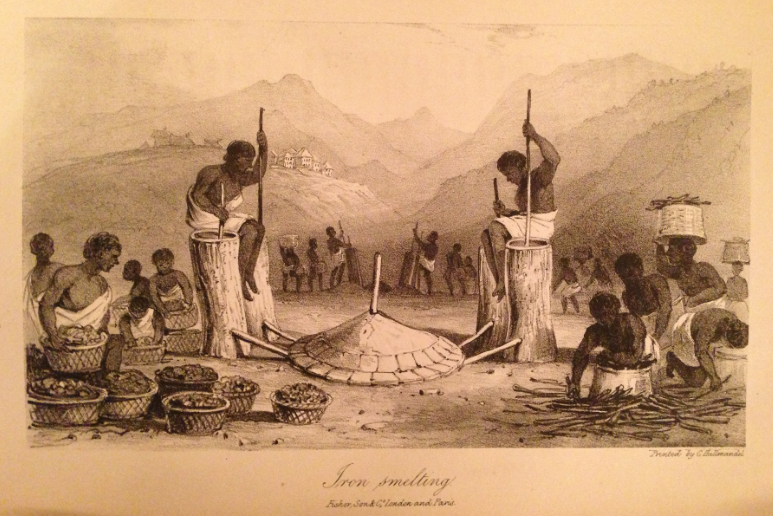 The documents we have are first writings from old Arab navigators and traders on the coast of eastern Africa from the eighth century of our era. They agree in general with the archaeological discoveries which show that Indonesian passenger lived or attended Madagascar from the sixth century AD

The language supports this argument by pointing out the similarities between many lexical items and grammatical Malagasy language and those of Sumatra and Borneo. In addition, Bantu of East Africa have spread to both Madagascar and Comoros and the meeting of these two trends has created a population that, by osmosis and miscegenation, by facts Bantu were able to receive a designation Austronesian and vice versa.

Of these rather obscure origins of our prehistory, we come to the fifteenth century when the first kingdoms are set up in various villages of Imerina and Sakalava. They gradually consolidate and at the end of the seventeenth century, we come to the great king Andrianampoinimerina who unified under his authority the majority of Imerina. His son Radama extended the kingdom to the sea and unified most of the island. It was welcomed by Western countries as “King of Madagascar.” The sovereign who succeeded him is his wife who came to the throne under the name Ranavalona. It follows a period of intense xenophobia and religious intolerance. Radama II, son of Radama I succeeded his mother in 1862, but because of his policy of opening up too much abroad, he was assassinated less than a year later. After him successively come three queens Rasoherina, his widow, Ranavalona II and Ranavalona III, all three espoused by Prime Minister Rainilaiarivony commoner who was intransigent in foreign policy.

France which Madagascar has been given to during the Congress of Berlin, exerts enormous pressure on the last queen ended up in removing her and integrate the country within the French colonial empire in 1896. The sixty-four years after colonization are various attempts to regain independence. The most bloody, that of 1947, resulting in nearly 80,000 deaths, almost all Malagasy. In 1960, weary of the war in Indochina, General de Gaulle’s France finally granted the independence desired by the population.

The First Republic, considered by all as a period of neocolonialism, only lasts until 1972. Just then a three-year transition replaced it during which the people entrust the reins of power to the Supreme Council of Revolution (CSR) led by the army.

In 1975, CSR President Didier Ratsiraka was elected President of the Republic on a social program called “Red Book” which is almost worth state constitution. Strongly inspired by the principles of North Korean Djoutché, this program allows a despotic government and fails to revive the economy of the country in 1991 after a series of general strikes and mass demonstrations in the capital streets which were violently suppressed by law enforcement officials - the President of Madagascar began a democratization of the regime, with the establishment of a transitional government.

A referendum held in 1992, establishes a new constitution so that the presidential election of 1993 saw the advent of Medical Professor Albert Zafy, chosen for his integrity, but unable to control corruption, causing his removal. This allowed the former Admiral President to come back to power in 1996 and promote a “republic humanist and environmentalist.”

The 2001 presidential election between Admiral Dider Ratsiraka and Marc Ravalomanana, an industrial billionaire and former mayor of the capital and the results are contested by Ratsiraka supported by France and the Organization of the African Union, but a fresh vote recount confirms that Ravalomanana had indeed been elected in the first round. Recognized by the United States followed by the entire international community and finally by France, he is conducting an investigation into crimes committed under his predecessor who chose exile in France. Once properly seated in power, he enacts a “Madagascar Action Plan” focuses on the liberal capitalism and began to restore the country’s economy. This long process has become possible due to the cancellation of bilateral and multilateral debts accumulated for over 40 years. Founding member of the Organization of African Unity, the country had, since 1985, joined the Common Market for Eastern and Southern Africa (COMESA), and in 2005 he was admitted to the Community Development Southern Africa (SADC), which gives him a good fame.