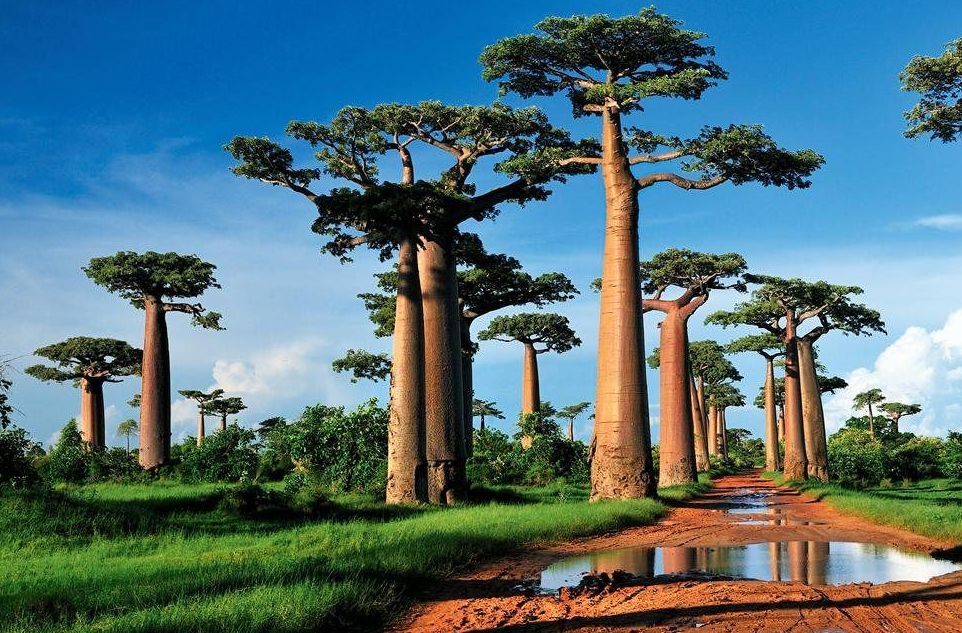 Madagascar is a tropical island found in the Indian Ocean.

Generally, Madagascar has two seasons:
› a hot and rainy season ( the summer) lasts 6 months from November to April .
› a cooler and dry season ( the winter) from May to October.

By its geographic location, Madagascar is usually said of a tropical climate because most of the country lies between the equator and the Tropic of Capricorn.

It is of course warmer as a whole than the countries of the so-called temperate zone, but depending on latitude and altitude of locations considered and depending on the season, it shows significant differences, ranging from an oceanic climate hot and humid with a semi-desert steppe. Snow has never been recorded, but the mountain of Ankaratra can easily record temperatures near zero degrees Celsius. There were few foreigners who, upon arrival in the country, concerned only pith helmet, shirt and shorts and, after some time, never left their coats, mufflers and sweaters. This explains that we can harvest in Madagascar almost all temperate fruit, except cherries, and almost all the fruits from hot countries, except the date fruit.

One of the characteristic of this climate is the alternation between the monsoon, hot and humid, and the trade winds, cold and dry. In the first case, the country is visited many times by devastating cyclones that can make ground travel very difficult and the need of infrastructure rehabilitation. But this alternation seems to favor the cultivation of high value-added spices products such as coffee, vanilla and litchi which constitute the bulk of Malagasy exports. Even in periods of considered extreme temperatures, there are only a very small number of people dying of cold or vice of heat wave as may happen in some other countries. The uneven distribution of rainfall disadvantage the Southern part of the Island, which suffers from a semi-desert climate made even harder by deforestation. The region’s economy suffers a lot, which requires careful management of hydrology and natural resources.

The central highlands are generally cooler and drier. During the cold season, temperature is around 5°C. This part of the island takes you into its deforested hills and much of agriculture, especially rice.

The East coast is the wettest part of the island. It always rains all the year but it is the home to the remnant lush evergreen rainforest.

The West coast is the region with an everalsting sun and is the home of majestic baobab tree.

The Southest of Madagascar is the driest part of the island . This region is arid and almost desert because so little rain falls.

The climate in the Northest part of Madagascar is pleasant all the year. This part is location of many wonderful beaches .The Extreme North which is Diégo Suarez is very exposed to winds and currents that blow and push across the indian ocean.

Mantasoa, which in Malagasy language means “is pleasant even raw” locates himself from 70 kilometers in the North-East of Antananarivo the Malagasy capital

To visit the Zombitse - Vohibasia National Park from the capital of Madagascar, Antananarivo, we take the national road 7 to the village of Sakaraha.

At the time of your visit in Madagascar, if you want to devote the major part of your time in the south of the island