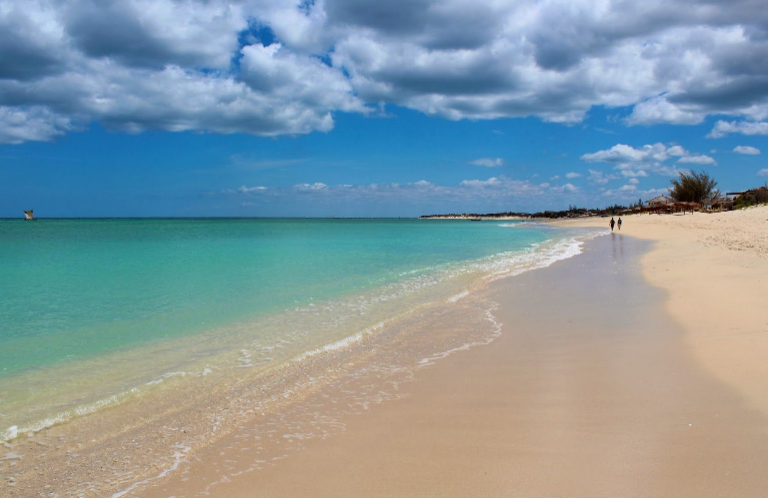 This famous village is located at nearly 40 km at the south of Tuléar in the desert area. In this corner of the island, where time seems to have stopped a few decades ago, some 1500 Vezo gathered together and settled on a small portion of land. Only a few kilometers from this village of extraordinary fisherman, one can reach Nosy Ve.

Every morning a hundred dugouts decorates the edge of the sea with a beautiful white sand beach to give its charms and its meaning to the village. The houses, more precisely the frail vezo huts, built with straw, or some kind of reeds or other materials are laid out anarchically. It is those houses that give the village its yellowed or maroon color, added to the color of the desert and the sun shining almost all year round. The constant presence of sun with a blue sky without concession has much importance on the vezo’s really easy life. They benefit from this sun to dry the fruits of their activities. Indeed, the village also presents a browned decoration of dried fish hung on a long wire, which contrasts with the color of the huts.

Concurrently to this village, an immense ocean to which is turned the population vezo. The ocean constitutes, for this group of Malagasy from the south, a relatively inexhaustible source of life. All their activities are traditionally related to this extended marine.
This large vezo village is accessible by the road with a 4X4 but that proves to be a long tiring journey. Moreover, one can reach it by the use of the many boats which daily make the shuttle between Tuléar and the village. Before even reaching Anakao by the sea, the crossing gives already a first impression of what awaits you at the village. The beauty of the ocean with a turquoise sea mixed with the green emerald tickling of the coastal landscape of sand embellished by the rare thickets and of coconuts…. The traversed coast is swept quasi-constantly by the “tsiokatimo” – southern wind.

Not far from the coast, on the level of the lagoon of Saint-Augustin, one crosses the coral barrier and his wall of silver plated scum. One appreciates also the place where the Onilahy River meets by the lullaby of his lapping the sea of the Channel of Mozambique. Per moment, a ballet of dolphins escorts the crossing of the sea. As one moves ahead, one sees travelling the coast with its landscape of mangroves, white sand dunes, specific forests which dissimulate in its centre some fishermen dwellings; before it let appear only high cliffs dominating the bay of Saint-Augustin. The peaceful sea, beautifully colored by the blazing of the sunlight announces the arrival at Anakao. From certain distance, the village is summarized with a long string of variety of burning colorful dugouts canoes and the brownish spots of the huts. While arriving at the village, one enjoys the fine and incandescent sand from which one can encounter the daily life of Vezo. In spite of the relative enthusiasm of villager in the repair or the assembly of their nets, the life goes here with detachment, “mora mora” which means “slowly” in Malagasy language. In this village, almost everything occurs in the sea. The village is animated, for the men, by the forth and back rhythm between the sea and the village, in order to carry out their traditional activity. Women in their turn, is satisfied with collecting sea urchins, crabs, starfishes and fish on the reef on low tide; the most outstanding moment in the daily life of these women is their return on shore bringing buckets or straw baskets, furnished with fresh seafood of which the great part is intended for drying, on their heads.

By the end of the day, especially during the southern summer (December till March), one can enjoy an amazing spectacle of sunset. At dusk, another traditional rite brings life the village. Typical music of the south of Madagascar like Tsapiky, Banaike, etc… enters in scene for an animation to amaze you by the beautiful star lights, on the beach. The night thus goes on by the rhythm of ancestral instruments such as the kabosy, typical of this area. These guitars comprise sometimes only one cord to be used as a basis. Their sonority is usually associated the sound “of Amponga or Djembe (drum).

We can ensure you that Anakao is the ideal place for relaxing for a few days! The village of Anakao is also one of the rare occasions to join the tropic of Capricorn and to pass, from one side to another, a tropical zone to a moderate zone. This tropic of the southern hemisphere passes exactly on this place. Anakao, with Nosy Ve which is just of short canoe ride distance, offers a bathing place and especially a place intended for diving to enjoy the thousands of species of underwater sea-beds at the level of the coral barrier. The sea in this area of Madagascar is just like a natural size almost unlimited aquarium. It offers a much diversified choreography of multicolored fish like starfishes, lobsters, shells trained as faithful spectators of the splendid corals. Anakao and its sea are also a place coveted by surfers and windsurfers with the Tsiokatimo strong wind. In addition to the vezo, the other part of Anakao is occupied by Mahafaly and Tanalana, two other ethnic groups of the south of the island. Contrary to the vezo, turned towards the sea, these two other groups are farmers and stockbreeders. It is especially by their presences that one can see the market Anakao being stocked with variety of agricultural products displayed next to seafood. Finally this idyllic place shelters marvelous hotels of any kind which can offer you an unforgettable stay. Like Ifaty, this place can be the final nail of the adventure of the tour of the highlands towards the South of the island to relax.