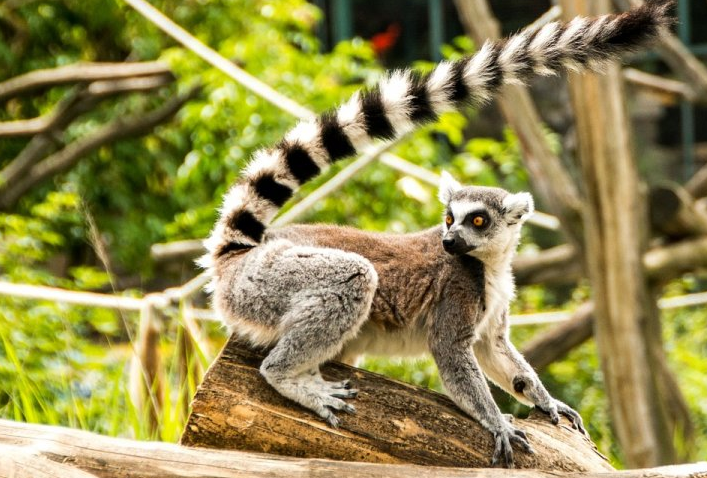 The National park of Andohahela is situated in 40 km only in the Northeast of Strong Dauphin ( Taolagnaro). Covering a surface of 76 020 ha, the Park occupies a mountainous zone of the famous chains(channels) of Anosy, which put obstacle to trade winds and create a magic place of climatic contrasts allowing to discover at the same moment three different worlds.

The National park of Andohahela is located at only 40 km North-East from Fort Dauphin (Taolagnaro). Covering a surface of 76.020 ha, the Park is situated in the mountainous zone of the famous chains of Anosy, which is an obstacle for the trade winds and create a magic place of climatic contrasts making it possible to discover at the same time three different worlds: In the East, a wet tropical forest, in the West a semi-arid dry forest comprising thorny bush, and between the two, an intermediate zone being used as transition.
Visitors can thus enjoy three climates: hot and humid, with an average temperature varying between 20 and 24° C and a strong rainfall going of 1000 to 2000 mm in the Eastern zone, against a hot and dry climate at temperature oscillating between 26 and 30° C and a rainfall from 600 to 800 mm in the Western zone. As for the median zone it had a moderate rainfall.

From there comes its touristic interests because it is the only area offering two different types of vegetation, on one side a rain forest and on the other a typical dry forest. Both diurnal and night walks are possible to observe the endemic fauna especially, and to photograph landscapes (waterfall and natural swimming pool); mountain climbing and observation of the surrounding massif from the top of the mountains are also possible such as trekking, etc… The park also has an environmental interpretation Center, various picnic areas, as well as folk programs of demonstrations.
The principal sites of visit present the elements mentioned hereafter:
› Tsimelahy: situated in the transitional zone, one can admire there the beautiful vegetation, waterfall and a natural swimming pool, various reptiles (lizards and snakes) and birds. The famous triangular palm tree is native from there.
Visiting the village of Tsimelahy is also interesting, which is an example of local villager development resulting from the existence of the protected area.
› Malio: we are in the wet forest basic altitude made up of cascade, decorated orchises, and sheltering rare lemurs (lemur fulvus) and birds.

› Ihazofotsy and Mangatsiaka: is situated in the spiny area where the Didieracea thorn-bush whose only species, “Didieracea Procera”, can provide a light, resistant and resistant wood used to build housings. What happiness to walk in this forest and to be able to admire the variety of trees and plants even though during the walk, one does not meet any interesting animal. But let us say with much chance and of patience, one can see lemurs like the sifaka, or some tenrecs and much of endemic birds of the South such as couas and vangas.

Obviously, flowers can be observed constantly, except for the Didieraceae which flowers irregularly from September. The fauna which is distributed into diurnal species easier to be spotted and night species which also requires a good amount of chance. Observations give a report on the existence of 129 species of birds, of which 65% are endemic, of 13 species of primarily diurnal lemurs: Propithecus verreauxi, eulemur fulvus collaris, hapalémur griseus meridionalis and lémur catta. Among the night species, one can meet: microcebus, lepilemur, cheirogalus, avahi lariger, daubentonia madagascariensis. In addition, 61 species of reptiles, 49 species of Amphibians and various species of butterflies are found.
An endemic plant, the triangular palm tree characterized by its 3 principal ramifications dominates the vegetation. Not found elsewhere than in the transition forest. However, let us note the existence of tamarind trees, acacias, pachypodiums, Alaudia, baobab trees, vanilla madagascariensis, without perfume but used by the local population as viagra, the cyphostemma laza with the strange narcoleptic properties used by the soothsayers, the cedrelopsis greveil or katrafay with the anti-diarrheal and antihemorragic virtues, the uncarina grandidieri or will largely farehitra used for the capillary care (pushes hair back, treatment for oily hair and films), as well as many other medicinal plants.
The population is composed of two principal ethnos groups: the Antanosy who practices inshore fishing (oysters, shellfish) and the Antandroy living among the thorn-bushes and practicing extensive cattle breeding.
Lodging: camp-site, hotels in Fort Dauphin

Ifaty is the final bouquet offered by the spectacle of the road from the center to the South.

Hotels in Nosy Be