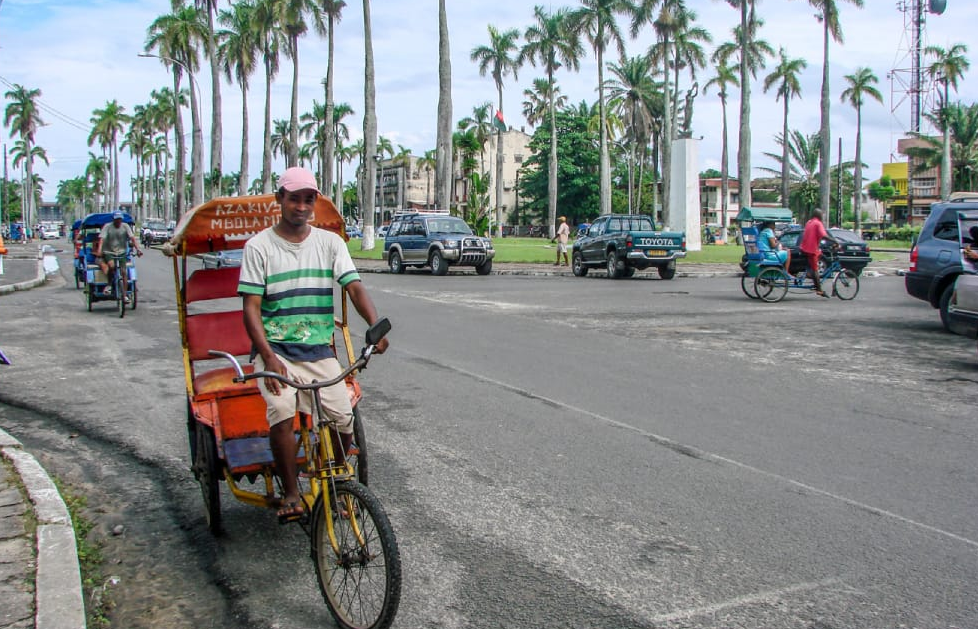 The city of Tamatave is located in the northeast part of the Big Island, facing the Indian Ocean. The climate is hot and humid. In fact, rain continues to spray this area but the great catastrophe, cyclone, never misses this region during the cyclonique period. During the conquest of this region, the king of Imerina tasted the sea and exclaimed “Toa masina” which means : That is salty! Later the name was changed into Tamatave by the colonizers.

The East is the rainforest area and bathes in the scents of clove, coffee, vanilla, pepper and various fruits such as lychees … throughout the year. With a very flat landscape, the really common means of transportation in the city is the “rickshaw” which constitutes the majority of jobs of the Betsimisaraka tribe. Apart from the latter, Tamatave is also populated by Chinese, which greatly influences the culture and life of its inhabitants.

For those who do not try the numerous daily flights, domestic or international flights that land in Toamasina, it is possible to reach it from Antananarivo along the 370 km of the National Road 2. But we can also arrive at Tamatave on boats by plying the Pangalanes Canal (the longest canal that man has dug with his hands) and connects Manambato to Ankanin’ny nofy, to Ambila Lemaitso through the South East in Mananjary.

Reward at the end of the journey, that is sometimes rough, along the road to Tamatave: a completely flat city divided by beautiful shady avenues where the inhabitants of the capital had the habit of spending their holidays. But it is not only a city of relaxation and leisure: the bulk of goods destined for the Central Highlands go through the Port, while the products of a hinterland rich in agricultural products, both as cash and subsistence, pass through Toamasina and are stored there, filling some quarters with the scent of cloves and pepper.

The activities of the maritime trade have also required a gradual modernization of the port area to speed up the processing of goods. Taking a lesson in the management of the port of Hamburg, the administration of the autonomous port of Toamasina wants to be a model to the Indian Ocean ports by computerizing its loading / unloading, handling, customs, etc… Moreover, its future expansion through a mineral port for exporting cobalt and nickel from Moramanga must not clog the docks nor affect operations. This activity should therefore be added to its role as the first oil port of the island, justifying the choice made by the Southern African Development Community (SADC) to make of it the second largest port in the region.

The inhabitants of Tamatave take great pride in the name given to the city: “Entrance gate to the gospel”, because that is where the first British Protestant missionaries boarded in 1818. The city is far from being steeped in devotion as its main spring seems to be a deep love of life that makes it vibrate in all districts with the accents of the famous Betsimisaraka bandoneon. This tribe also seems to have dances and parties as part of their blood. To be convinced, just go to almost two hundred kilometers up north, to attend the Whales Festival, an annual event that brings these cetaceans from the South Pole to the coast of Sainte-Marie Island and causes untold popular joy, with much music, dancing and rum. Introduced by European and American pirates in the 17th century, this beverage has roots in the region, particularly because of the sugar cane plantation in the district of Brickaville, a few miles south of Toamasina.

Before concluding, a recommendation for the swimming fans: swimming is not recommended on the beaches of Toamasina, not only because of their high pollution, but also because the reef barrier seems insignificant for sharks. It is preferable to go 60 km further north on the beautiful beach of Foulpointe, a beautiful seaside resort with coral reefs and a historic site. There is another ideal site 80km from Tamatave: Mahambo where the sea is conducive to surfing.

Up along the Pangalanes Canal to the resort of Vatomandry, much closer to Antananarivo and which became a privileged holiday area of Antananarivo’s inhabitants, are adventures that we could try to enjoy the east of Madagascar. The East Coast destination deserves to be appreciated, it seduces us in all of its forms. Wildlife and flora enthusiasts will not pass through the region without visiting the botanical and zoological garden of Ivoloina and the Tampolo Forest Station.