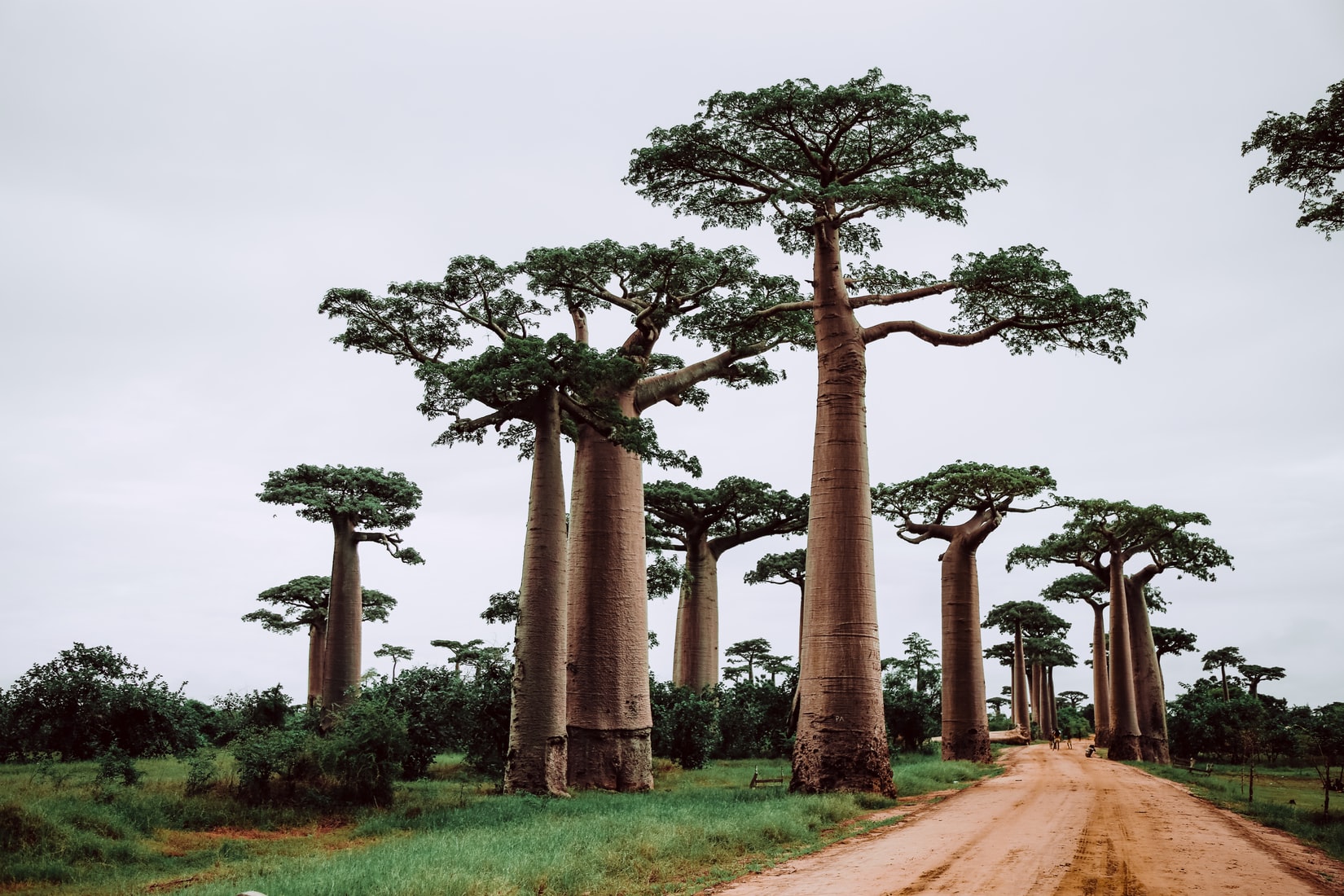 The baobab tree took another dimension in Madagascar compared to the other countries where it exists. On the eight species of Baobab tree of the planet, seven are presented on the large island, which records baobab tree forests. Baobabs are secular trees. It has a massive dominating and very original aspect, with a polished trunk and roots paradoxically in the air. 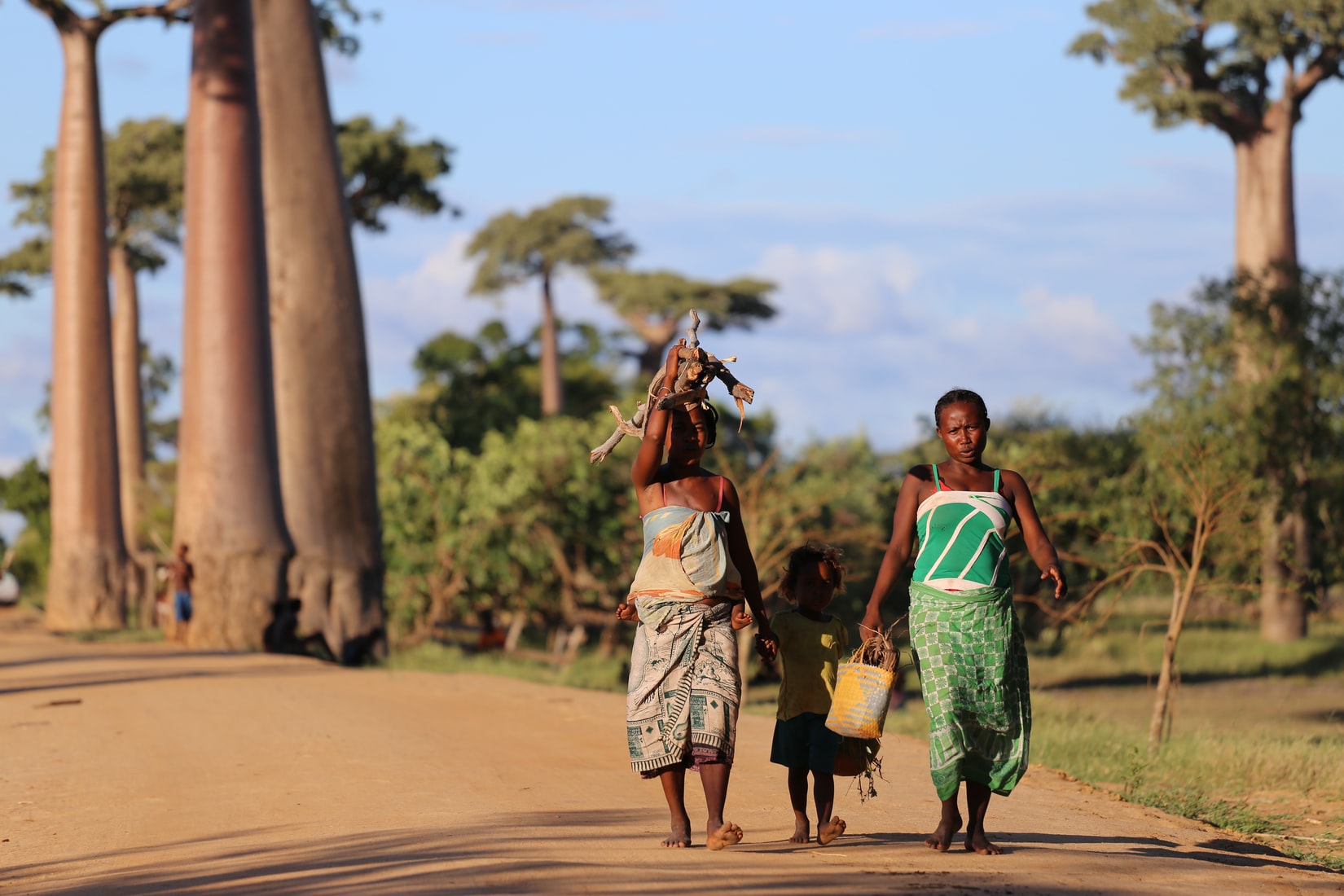 The curiosity of these trees lies in the bulge of its branches and its trunk. This one is presented under various colors; it can be grayish, reddish… The baobab trunk, for certain species, can reach up to 9m and 30m diameter of circumference. It constitutes an important water reserve which enables them to support the severe climatic conditions. It is from this inflated trunk filled with water that is was given the name “ tree bottle”.
Baobab leaves are very particular. They only appear for one very short length of time of the year because the baobab trees get rid of their leaves during the dry seasons in order to limit the loss of water reserve. This tree’s flowers are startling and are presented in the form of several stamens of different colors, which go from white to pale yellow passing to the red. Flowering varies from one species to another. To have the large chestnut fruits (40 cm length and 15 cm in diameter) which contain seed, baobab tree pollination is generally ensured by bats or butterflies… which are all nectar eaters. 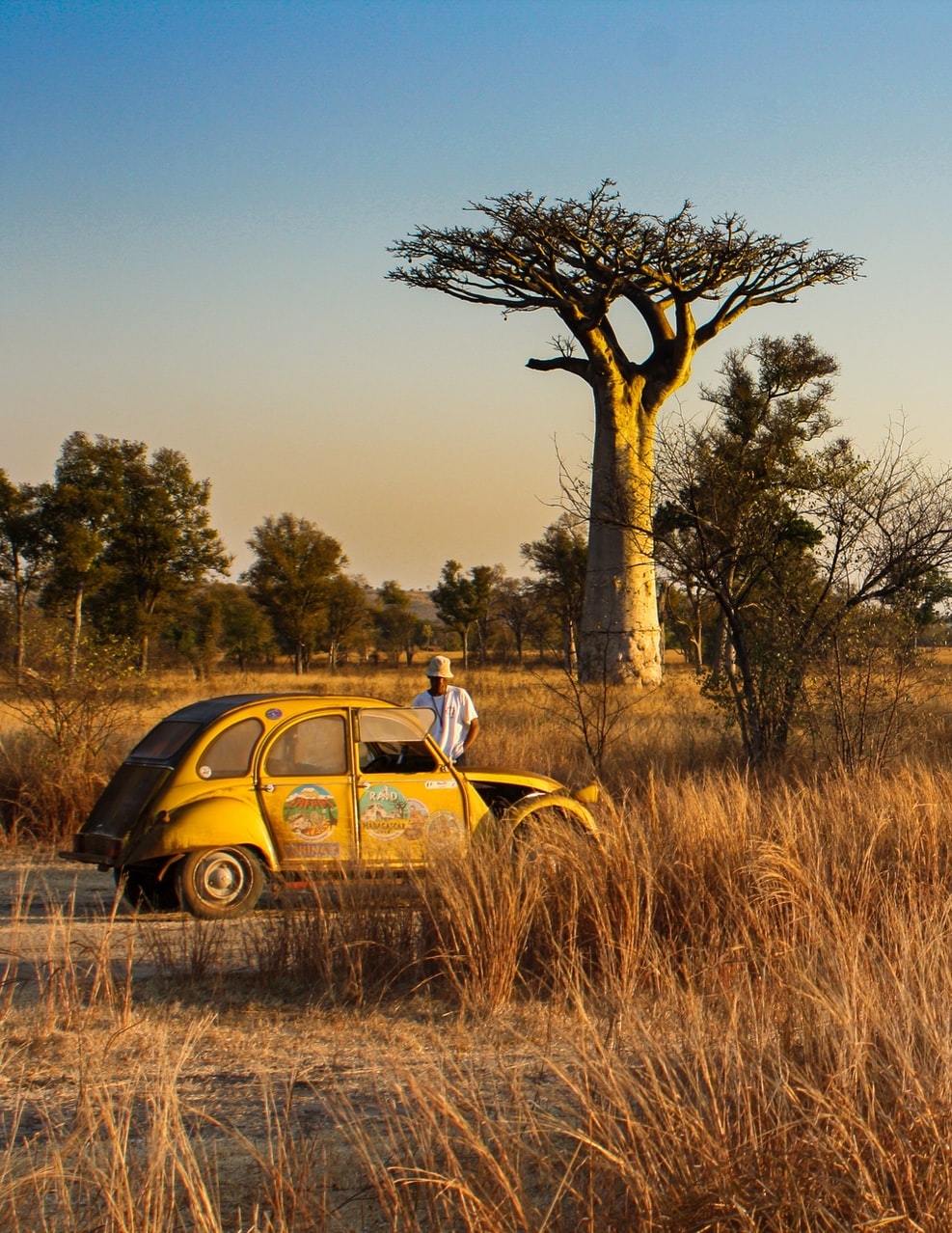 The ideal place to admire baobab trees and to take memorial photographs is near Morondava at “the baobab alley”. Other species can also be seen somewhere else as in Majunga or Tuléar… 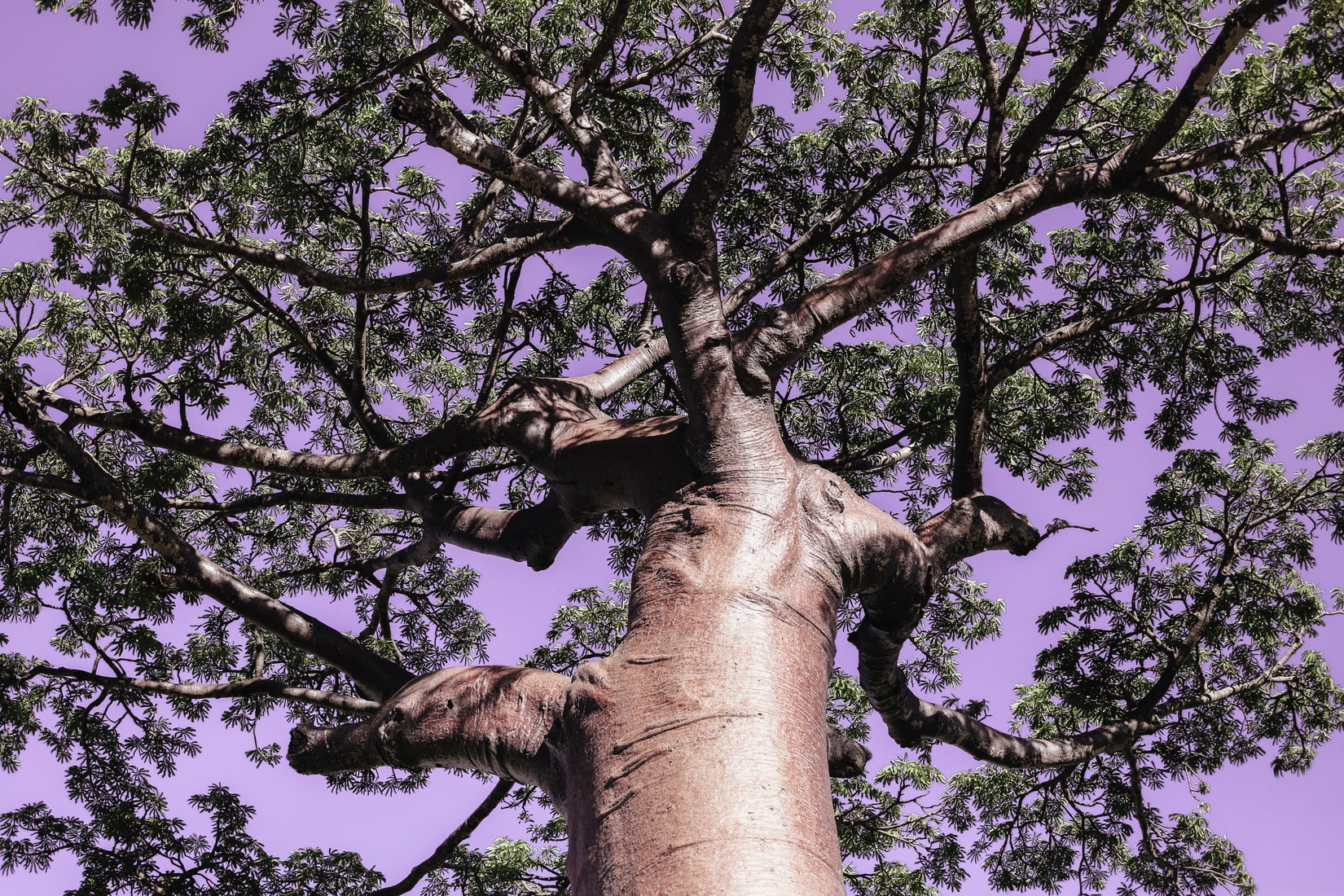 The biggest baobab is named “Tsitakakoike” located in the South West of Madagascar. 30 m diameter of circumference, it is the most fascinating baobab in the island.