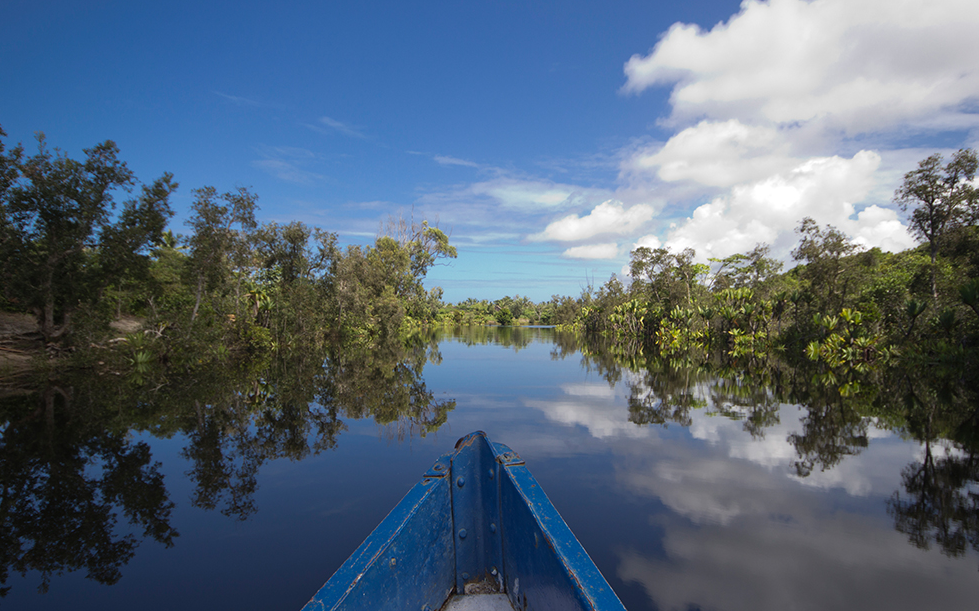 A place of paradise known under a captivating name of perfect Nest - Which means in Malagasy " Akanin ny Nofy “, is a haven of peace situated on the oriental coast of Madagascar.

The charming name of Nest of dream - which in Malagasy means “Akanin ny Nofy”, is a haves of peace located on the Eastern coast of Madagascar. It is established on about fifty hectare, in edge of one of the several lakes which form the Channel of Pangalanes, a channel which goes from Tamatave to Farafangana being stretched along the East coast of Madagascar with 665 km length, from north to south.
The lake on which Ankanin’ny Nofy bears its name is Ampitabe. It is separated from the Indian Ocean by a line of very thin coastal dunes, sometimes a few meters only. On the level of Ampitabe Lake, the Pangalanes are rather broad contrary to certain place where they are reduced to a few meters of width.

The Palmarium is located on a peninsula of more than 30 hectares on Ampitabe. It is a private reserve and it is made up of almost 100.000 specific Madagascar palm tree species. But the species which attract the most are the rarest species such as Dypsis, Ravenea, Orania, but also Voanioala and Lemurophoenix. Considerable species of lemurs live in free range in this reserve. There is about ten species there. And the most spectacular of the Malagasy lemurs such as Indri Indri, the largest lemur is represented there, also the black and white ruffed lemur, the Sifaka, a species which loves to stand up, the Aye Aye which is very endangered and very hard to be located in Madagascar, mouse lemurs, crowned lemurs, very specific of the north part of the island, etc.

This is a private reserve so there is a fee, however it is not exorbitant and this moderate price is not even worth the price of your desire to have better knowledge of the Malagasy fauna and flora and to be aware of the dangers incurred by the Great Island for the disappearance of its species, which are mainly endemic. To visit this reserve you will need a local guide who is present at the site. They will make you discover the peninsula for about two hours walk, approach the species and to tell you the beautiful stories of the respective species. This reserve is very singular and a true natural shelter of Malagasy fauna and flora with its extraordinary vegetation species made up of the orchids, pitcher plants in particular the népenthès, the traveler tree or ravinala, etc…

To join Akanin’ny Nofy, you can start from Tananarive by taking the highway N°2 which leads to Tamatave (the large port on the east coast) for some beautiful adventures on this sinuous road with its vertiginous up and down hills. It is after about more or less than six hours drive that takes you to the deviation which leads to Manambato; a tourist station at the edge of a Rasoabe Lake and which gives happiness to holidaymakers with its fine sand beaches and the possibility of many nautical activities. It is from this tourist station that people takes the boat which will take them to Ankanin’ny Nofy.

If you prefer to avoid the long drive you can fly to Tamatave from where the drive is shorter to join Manambato. However, there is also other way to join Ankanin’ny Nofy which is using the waterway with boat, or more precisely of barges. But that does not prevent the use by some of speed motor or pleasure boat. The visit of Ankanin’ny Nofy give an opportunity to do a small descent of the Channel of Pangalanes, a channel whose construction dates from the time of Gallieni, the first governor of Madagascar in 1896. Its purpose was to facilitate the transportation of goods and to have the total administrative and military seizure on this rather remote area.

From Tamatave, one reaches Akanin’ny Nofy after an hour and half drive. This reserve is situated 60 km after Tamatave, if Tamatave is the km 0 according to the milestone (every ten kilometers) on the Channel. Leaving the river port of Tamatave on a barge, with a navigation of 10 kilometers per hour, there are sufficiently time to discover the watery fauna and flora. I ensure you that the crossing of this Channel is one unforgettable moment.

The edge of this Channel is often bordered by typical lush vegetation which characterizes the eastern part of the Great Island. This luxuriant vegetation, result of abundant rain, is made up of the litchis, cinnamons, coffees, of cocoa plantations… and with vanilla plantations in lower part. During these aromatic plants flowering season, you will be able to see a milky decoration which replaces the greens on the edges. These enchanting flowers, from their varied colors and their beauties will also attract you with their very pure and light perfumes which will remind you that you are in the midst of nature. Beside the boat which somewhat disturbs the water of the Channel, the environment is completely calm traversed sometimes by quiet dugouts. Akanin’ny Nofy has few hotels comprising bungalows built with traditional materials which gives an authentic appearance and which inside give some luxury and comfort.